"It couldn't possibly be made any better", commented my husband on this rhubarb pie. And it's no wonder - it's my mother's age-old credit recipe that everyone - absolutely everyone - loves. Now I developed a vegan version of it, which is just like the original. The pie really doesn't get any better than this.

This pie is kind of a dry and crunchy crumb pie. The crumb base is simply pressed onto the bottom of the pan (you don't need a rolling pin) and the pie is sprinkled with wonderfully crunchy and super delicious oat crumb icing.

The pie is good on its own, but with the custard it becomes heavenly. Try for example this easy and quick vegan custard.

Where do you get rhubarb?

You can easily enjoy rhubarb, even if you don't have your own rhubarb bush growing in the yard. This is how rhubarb is sold in the vegetable section of most grocery stores in early summer. I have found it even in small shops. At the end of summer, you can no longer find fresh rhubarb, so now is the time to go out and buy it! It can also be easily frozen for later use.

Tip: Rhubarb should be frozen already peeled and chopped. This way, it is easily ready to use for any pastry or dessert.

Rhubarb is also available pre-frozen, but only in larger markets. However, with good luck, you can find frozen parsnips next to the frozen berries.

What to replace rhubarb with?

If you can't find rhubarb, don't worry; you can use lingonberries, blueberries, raspberries or any of your favorite berries for this pie. Just according to your own taste and season.

You can also use frozen rhubarb in this pie - in fact, that's exactly what I did. I found last year's rhubarb at the bottom of the freezer, and I was in a bit of a hurry to use them up.

Frozen rhubarb is very watery after thawing, so add 2 tablespoons of potato flour to the rhubarb slices to bind moisture. There is no need to add anything to the fresh rhubarb.

This heavenly delicious rhubarb pie is a vegan version of my mother's old credit recipe that everyone loves. You can also use lingonberry, blueberry or raspberry for this. You can put more rhubarb/berries than in the instructions if you like to have plenty of fillings. And on the other hand, the pie shown in the video has even less rhubarb than the instructions say. That is, according to your own taste!

If you want to make a whole baking sheet of pie, make double the amount of dough and oatmeal frosting. Then you also need more rhubarb. 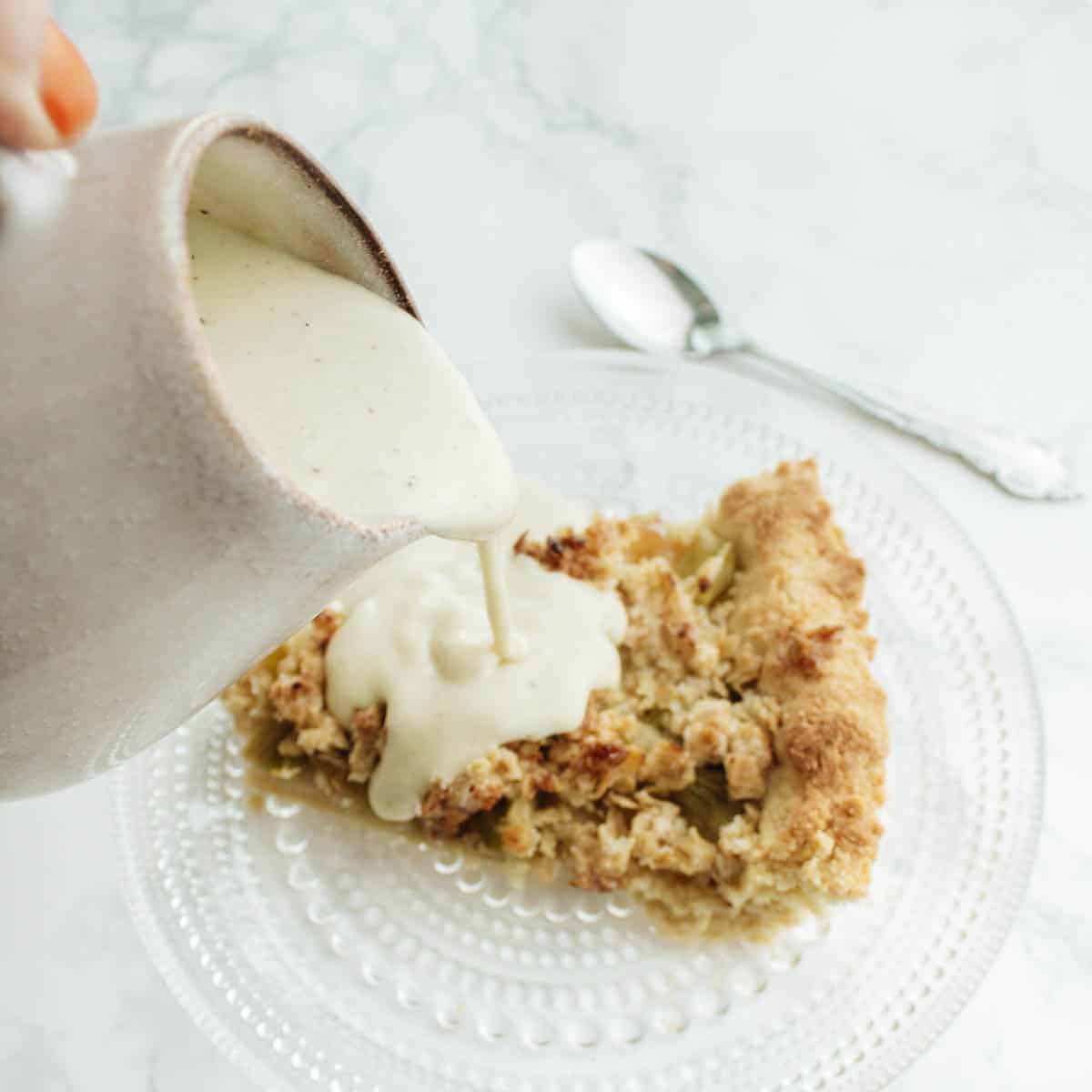